…on a tight budget!

At long last, our loft conversion is complete, and just in time for the Easter hols! Work on it actually started last summer, but because it was mostly DIY (apart from rewiring, reinforcements, and boarding), progress was slow.

Not taking into account the metal edging (not sure of correct terminology?!) which still needs to be installed on the carpet around the trapdoor thingy, I now have my own personal sanctuary and craft space, not to mention extra capacity for storage and (maybe-not-so-secret) snack stash. I am beyond chuffed! 😀

Even before we started building the loft, I had factored in an area for a mini photo booth with chalkboard wall. It wasn’t too difficult to set up, and the outcome was more or less what I pictured in my head. I’m now also thinking I should get a thin plank of wood to slide over the blackboard, painted white, just so I can have another background option…But perhaps that is a job for another day.

This month has also seen us celebrate our wedding anniversary, and although David and I agreed in advance to keep our expenditure to a minimum (due to the loft!), I couldn’t resist getting him a little something, complete with cheesy homemade card featuring puns related to a common interest of ours – Astronomy.

If I’m honest, it was more of an excuse to show off a gift topper rose I’d made using a few of the remaining pipe-cleaners from last year’s Halloween Spider Bun.

Using this helpful video, a friend put my hair up in a bun and pinned to it a pair of googly eyes that I’d stuck on a bit of cardboard the night before. I know it’s not really a costume, but still a spookily acceptable (and cute) low-cost, last minute alternative in the spirit of the occasion. 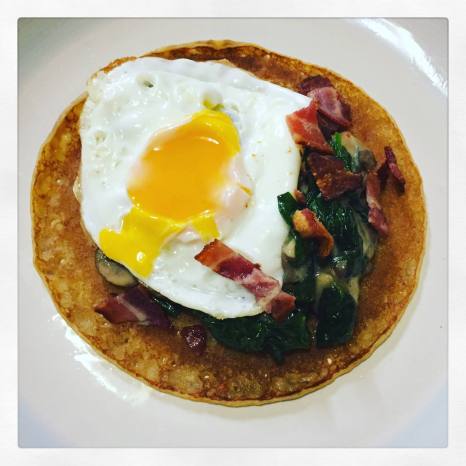 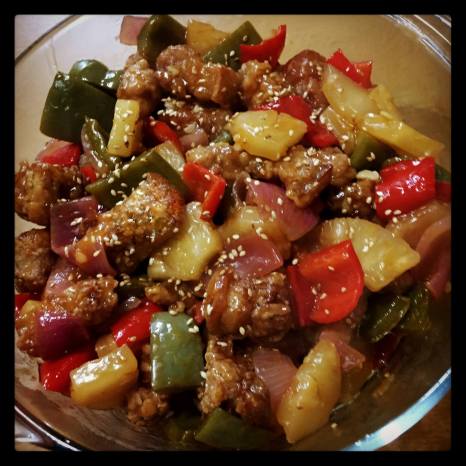 Although I haven’t really been experimenting on the culinary front, I did make more of an effort on this year’s Pancake Day. As it’s normally close to dinner time when we get home from work, I didn’t fancy anything too dessert-like, so I decided to make us savoury pancakes with Stilton spinach and mushrooms, topped with bacon and egg. It didn’t look like much after I made it, but was quite rich and thus, more filling than I expected.

What I am particularly proud of, however, is a classic dish that’s also one of David’s favourites. He likes to call it ‘red stuff’ (which we usually get from the takeaway), but is more traditionally known by its Cantonese name Gou Lou Yuk, or over here in the UK as Sweet and Sour Pork. That night’s meal was met with much satisfaction, with only one complaint. Apparently, I’d left the kitchen looking “like an industrial accident” had occurred in there! Luckily for me, our family has a rule I am not above exploiting, and that is…whoever cooks is spared from doing the washing up!

Whilst essentially not all that difficult to master, Gou Lou Yuk does require a lot of prep work, and some of that includes deep frying. Was having our home smell like the local chippy worth every mouthful? Yes. Would I be making it again anytime soon? Probably not! 😀