It rarely snows where we live, so I’m not holding out any hopes for a white Christmas. Although the ground does eventually get mucky, there is something magical and oh-so-cosy about watching snowflakes fall outside your window while you’re sipping hot chocolate and listening to Christmas carols. 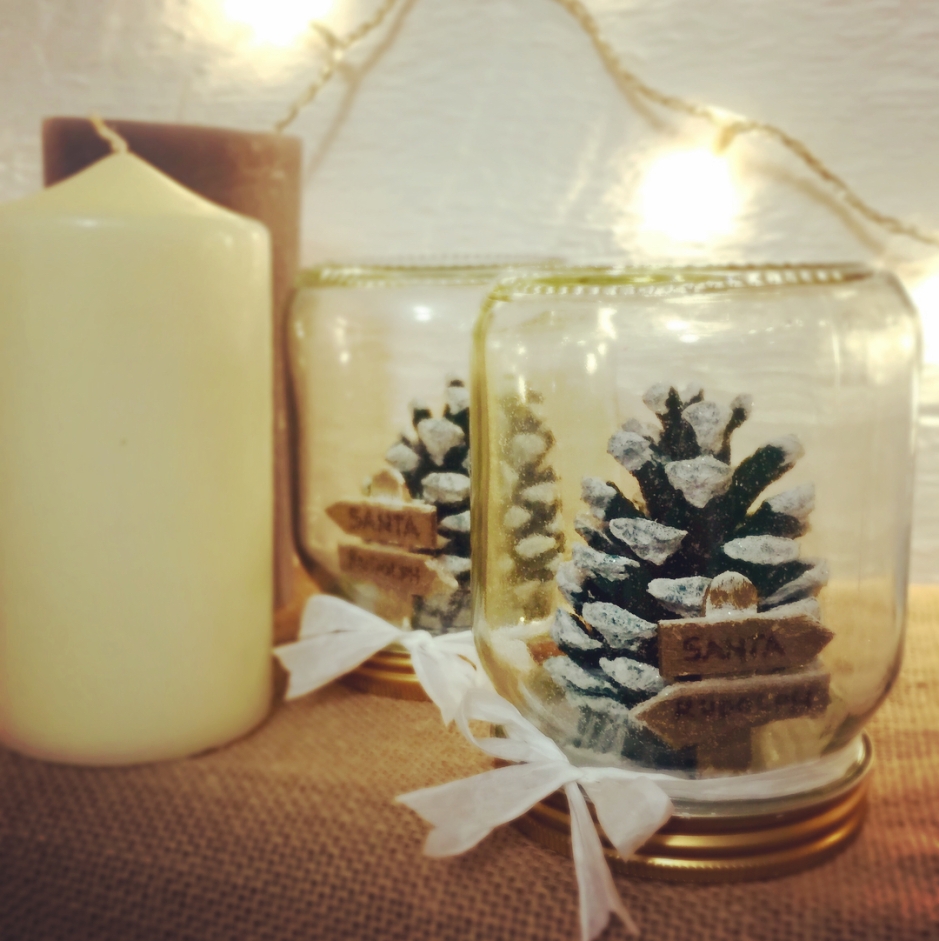 Instead of waiting around only to (most likely) end up being disappointed, I thought I’d do something about it by creating my own snow globe! It might not be the real thing, but looks pretty all the same! Unlike traditional snow globes, these are dry ones since I’m not too sure how the materials used would fare long-term when submerged in liquid. I guess it would be more accurate to call them jar dioramas. 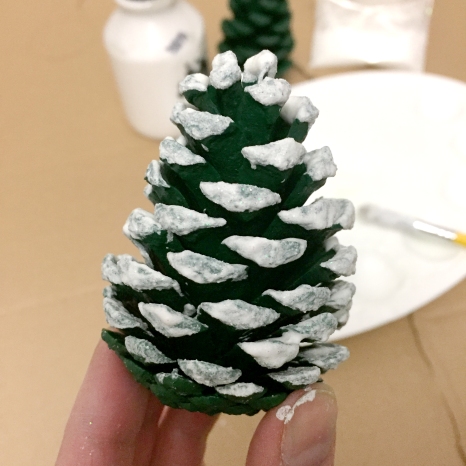 I started off by painting the pine cones I collected way back in Spring with just plain old dark green acrylic paint, and tipped the edges with white paint and iridescent glitter. If you’d like to know how to clean and prep cones for craft, a tutorial can be found in my last blog post.

Next step was to make the mini signposts, which involved a pair of scissors and some small ice-cream sticks. It would be more ideal to use proper wood-burning tools for the lettering, but because I have none, I borrowed David’s soldering iron (after he swopped the tip for an old one). If you are thinking of attempting pyrography the same way, I’d advise writing on with a pencil and then tracing it with the soldering iron. It took me a couple of tries, but I finally got it looking legible. After that, I brushed on some wood stain (samples can be purchased on eBay) to give it a weathered appearance.

Assembling the snow globe took some doing, but I found air-drying clay to be the best option for the base, particularly in keeping the signpost upright. Take care to keep the clay away from the edges of the jar lid though. You need to leave a bit of room for the jar to screw on properly. After that, all you need is more glitter (I used a mix of large and small flakes), give the jar a bit of a shake, and there you go – a winter scene in miniature! 😀

Meanwhile, other Christmas decorations have started going up in our house…Most importantly, the tree! This year, we have switched to an icy theme with snow animals, mainly because Zhouyi and David both insisted on having a penguin sat at the top instead of the usual star. 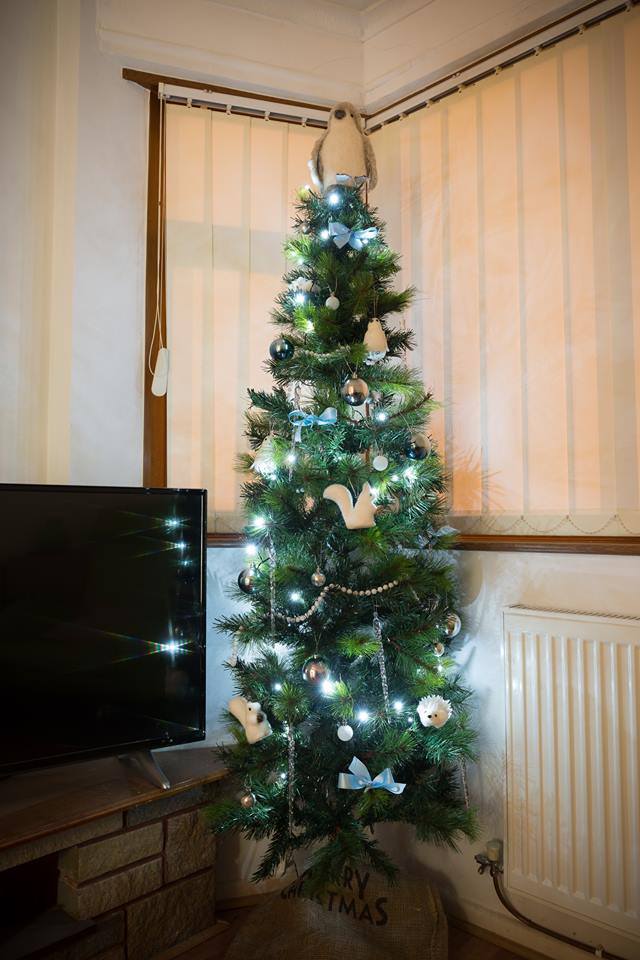 Oh well, Pegwig (as christened by David) does seem quite happy up there despite having a tree stuck up his bottom!