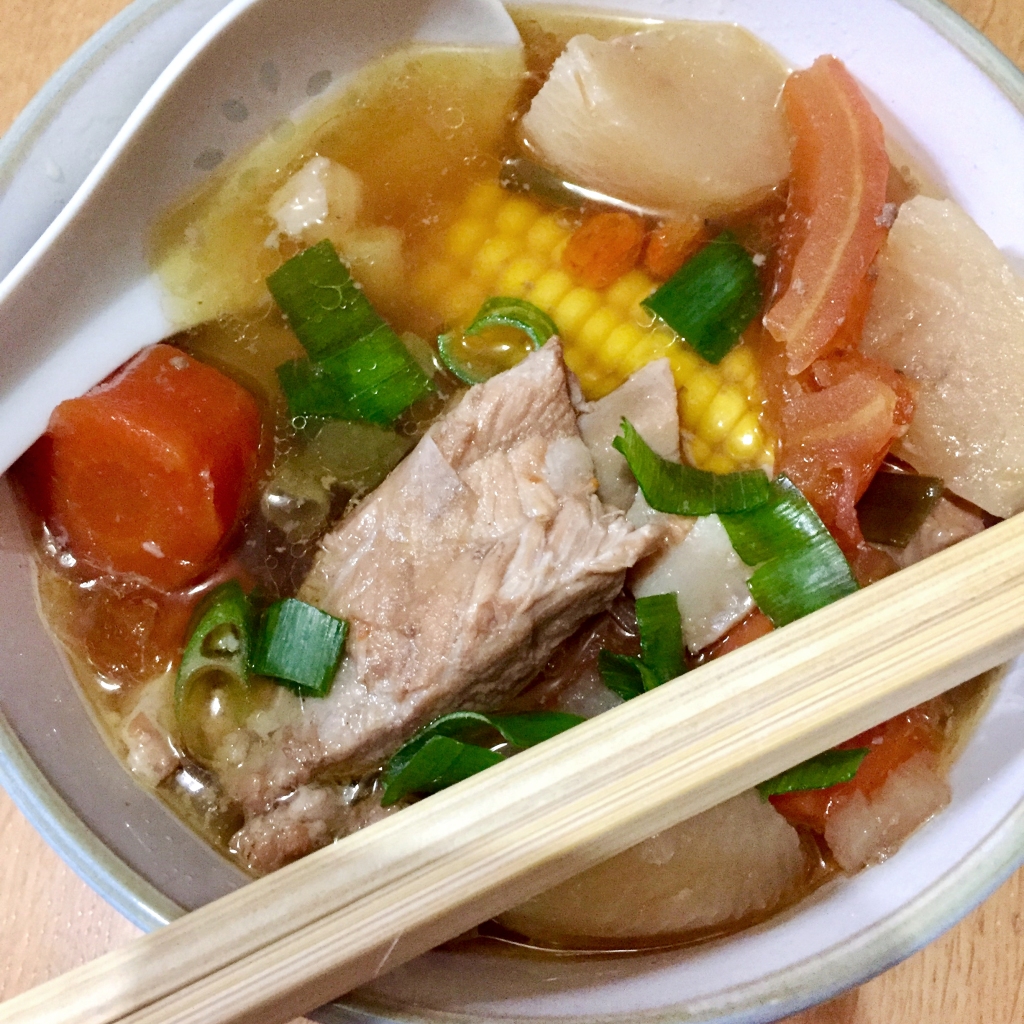 Most of January saw me in very ill health, and to make matters worse, what I had was contagious, and soon my entire household was poorly. However, I seemed to have been hit the hardest…Even when everyone else was getting better, I was still bedridden. Not being in a position to get anything done, my shop had to be closed temporarily. After (finally!) being prescribed two strong doses of antibiotics, the worst is now over. Though not quite fully recovered, I am starting to get my life back on track again.

First thing on the agenda has been to make sure our meals at home are healthy again. We were all feeling so sick we couldn’t keep food down, and if I’m honest, my appetite still isn’t what it used to be. Since none of us had been eating right, I decided we needed nourishment from some homemade ABC Soup.

Right now, you’re probably picturing Alphabet Soup in your mind, the one with letter-shaped pasta swimming around in creamy tomato…unless you’re from Singapore or Malaysia of course. Soups in that part of the world tend to have more of a thin broth-like consistency, with large pieces of meat or veg that we like to savour with various dips, such as soy sauce and chilli.

Most Asians will probably know the soup I am referring to here is a Nonya classic. However, the origin of its name isn’t as clear to us as its contents. The hearty and nutrient-rich ingredients have given rise to a popular conjecture: ABC alludes to vitamins – A in the carrots and corn, B in meat and potatoes, and C in the tomatoes.

I personally prefer a simpler explanation – this soup is as easy to make as ABC, and indeed it is! You literally chuck all the meat and veg in a pot, boil, then leave to simmer. Search for a recipe and you will find many variations out there. You can modify this soup as you like, but the core components remain the same:

It doesn’t matter whether you use chicken or pork, but it is best to use meat on the bone as a lot of the flavour will come from that. I used pork ribs this time, but have previously made this soup with chicken drumsticks and thighs. This next step isn’t essential, but I usually like to marinade the meat in some rice wine, white pepper and light soy sauce.

Forgive me for not including exact quantities…I am more familiar with the agak-agak style of cooking, an approach which is quite common in Peranakan culture. Instead of painstakingly measuring out what is needed, we cook based on gut feeling that’s very much tied to an understanding of how each ingredient works with others. Granted there is a lot of trial-and-error involved, but there’s not much that can go wrong with this soup.

Once the meat (and marinade, if so desired) is in the pot, add the carrots and potatoes (peeled and chopped into chunks), followed by the corn (cut into smaller sections), onions (cut into wedges), tomatoes (cut into wedges), and garlic cloves (peeled and crushed). Pour in just enough water to cover everything (but don’t overfill the pot), boil and simmer for a few hours. The longer you cook it, the tastier it will be. A slow cooker would be best for this, though not strictly necessary. An hour before serving (another optional step), season to taste with salt and pepper.

My recent adaptation of ABC Soup that you can see in the photo above has had a few additional items thrown in – Turnips, Goji Berries, and Spring Onions. We normally polish this off with rice and fried egg (sunny side up), but this time, I made so much soup in our humongous slow cooker that we had enough leftover for lunch the next day…Great as a base for instant noodles!!! 😀 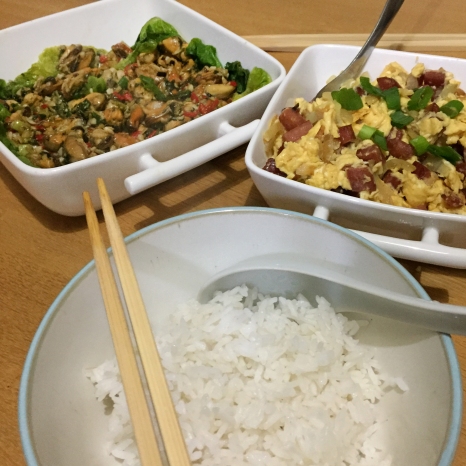 Before my constitution failed me, I went through a phase of craving mussels, and if I had my way, we’d have had it every night for dinner! Well, seafood is good for you! 😀 Luckily for everyone else, I only had the opportunity to make two mussel-inspired dishes. One was a pasta dish with Grilled Asparagus and Mussels in Creamy White Wine Sauce, and the other was Spicy Steamed Mussels with Ginger and Garlic, which was paired with Spam and Onion Omelette. All turned out as nomalicious as I hoped they would be. 🙂

Just a few days ago, the thought of anything sweet would have made me reach for the vomit bucket, but not long after the Christmas break, I attempted a recipe for Coffee and Ricotta Shots with Chocolate Shavings and Biscuit Base. David and Zhouyi loved it, but I felt I could have done better…possibly because I was aware of the mistakes I’d made. The coffee wasn’t strong enough, and I used icing sugar instead of castor as I’d run out of the latter. When I have a little more time on my hands, I’ll have another go at perfecting it. In the meantime, I’ve got a home to put in order…I don’t know…out of action for a few weeks, and now everything’s in such a mess! 😛