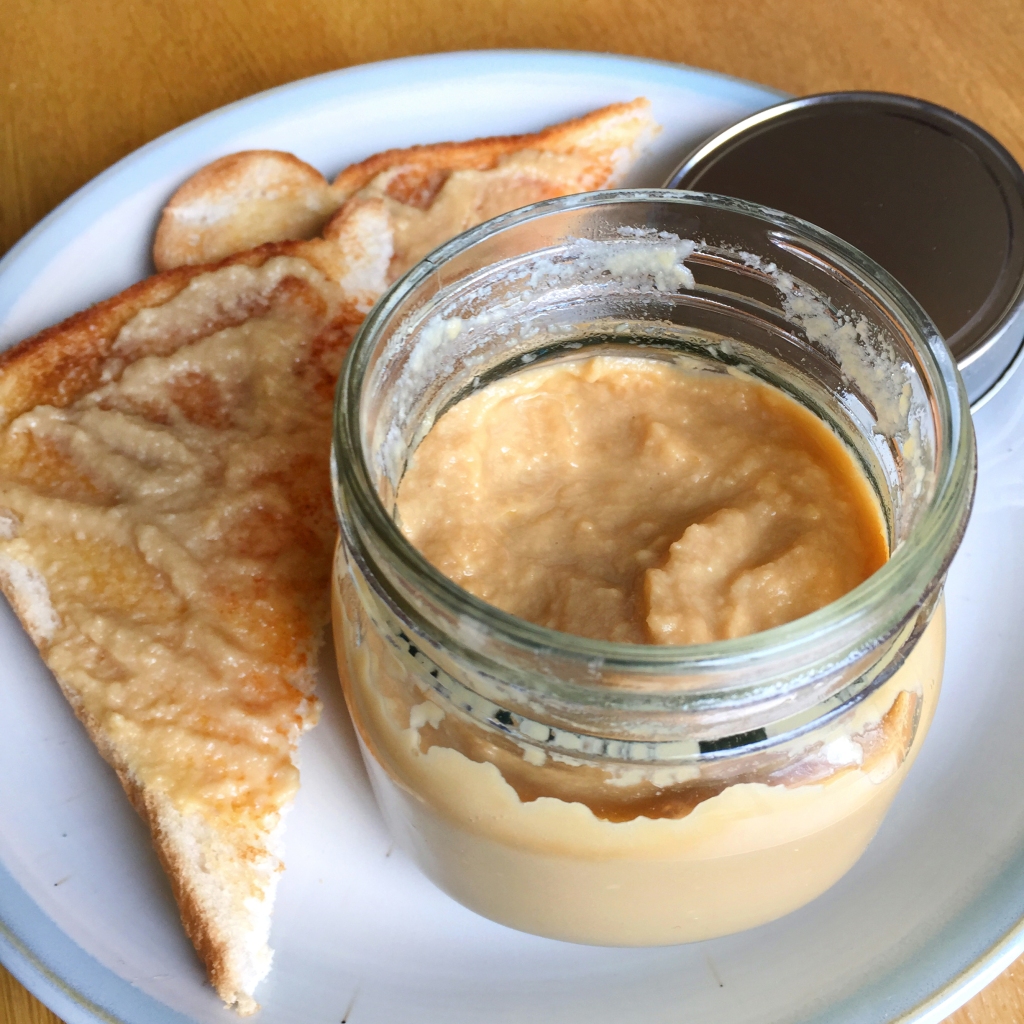 As jam is typically made from fruit, some argue it would be more accurate to call this a spread, or even custard because it contains egg. This is an ongoing debate that stems from confusion over the correct classification of coconuts. In botanical terms, coconuts do fall in the fruit category. Somewhat of a misnomer, ‘coconut’ is technically defined as a fibrous one-seeded drupe, putting it in the same league as plums and apricots.

To us Asians, the name of this breakfast condiment has never been a matter of contention since we just refer to it as kaya (or srikaya). However, there are quite a few variations (including a green one) depending on how it is made, so we may not always agree on which version is best!

I am a complete novice when it comes to making jam…To keep things simple, I opted for a fast and easy recipe that only makes a small amount. Basically, I cheated. 😀

Please note that the end product of this method will only approximate the taste of the genuine article. It’s great for those living in countries where this coconut jam is not readily available, but want a quick fix to satisfy nostalgic cravings.

Making authentic kaya requires a great deal of 功夫 gongfu (not martial arts…there is more than one definition!), slaving over a double boiler, and involving at least an hour (sometimes more) of stirring. Kaya usually requires eggs, but this particular approach omits the whites and uses only the yolks. True, your jam will not thicken up quite as well, but there will also be less lumps to break up, which reduces the need for all that arm action.

Some day, I will attempt to make kaya the proper way, but for now…this will do.

Mixture A – Gently heat the coconut milk, sugar, gula melaka, and pandan leaves in a pot (no need for a double boiler). Turn off cooker once it starts to simmer.

Mixture B – Stir egg yolks, and slowly add in half of Mixture A.

Return pot with the remainder of Mixture A to heat (not too high), and gradually pour in all of Mixture B, stirring all the while. 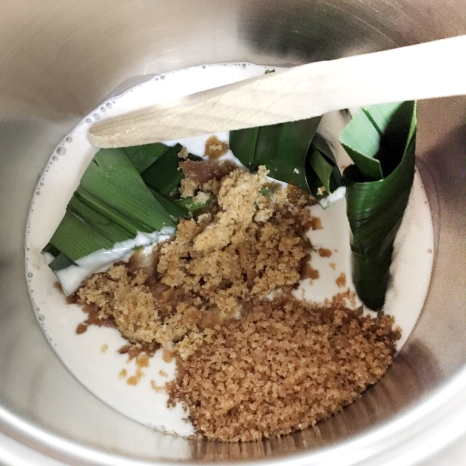 Reduce heat to low and stir constantly until the jam begins to coat the sides of your pot.

Add more sugar if preferred. If not, remove pandan leaves and transfer the jam to a jar.

Leave kaya to cool entirely before putting the lid on, and ensure it is airtight. Refrigerate and consume within one week.

*Although it is better to use fresh coconut milk, this is next to impossible to get hold of in most Western countries. However, it is ok to use tinned coconut milk.

**Gula melaka aka coconut (not date) palm sugar can be found in most Asian stores. It is also possible to buy it online. I actually got mine from an eBay seller.

***Another challenging item to acquire, though I did manage to purchase mine from Amazon. The trouble is not only are pandan leaves generally sold in large quantities, they also have a short shelf life and don’t last long in the fridge. I’d advise rolling up individual leaves in some baking paper, putting them in a bag, and freezing the lot.

With enough of these leaves to last me the next six months, I’ve now lined up quite a number of recipes to keep me busy experimenting in my kitchen. Pandan flavour is sometimes dubbed the Asian equivalent of vanilla, but I don’t quite agree with that analogy since it is a major ingredient in many savoury dishes from Asian cuisine, such as the Pandan Chicken I made awhile back (served with a prawn and vegetable stir-fry).

I was thinking of making it again, but would be happier if I could avoid any deep frying since that activity is almost guaranteed to cover most of our downstairs in a thin film of grease. Then I remembered a childhood favourite of mine – Ji Bao Gai 纸包鸡 (literal translation: Paper-Wrapped Chicken). It’s a Cantonese variant of Pandan Chicken and best of all, it can be done in the oven! Ji Bao Gai is absolutely scrummy and won’t be difficult to make, so I can’t wait to try it out, but that’s a project for another day. 🙂